Share All sharing options for: 5 Questions with Chef Dean Corbett

On Nov. 27, Dean Corbett, executive chef and owner of Equus & Jack's Lounge and Corbett's: An American Place, relaunched The Chef BoyarDean Show on WKJK 1080 AM. According to the press release, "the weekly talk radio show, which hosts some of Louisville's top chefs, restaurateurs and dining experts, has been expanded to two hours and revamped to address more of the ins and outs of the local restaurant scene." Co-hosted by food writer and wearer of fork eye shields Steve Coomes, it airs Tuesdays from 7 to 9 p.m.

Best known for his restaurants' accolades (Esquire named Corbett's a "Best New Restaurant" in 2008), Corbett was in the news earlier this year when he was charged with drug trafficking in March. He claimed he was lending legally procured Vicodin to a former employee "in stage 3 Esophageal Cancer" who was on the same medication but needed a refill. In September he pleaded guilty to a misdemeanor drug charge in a deal that kept him out of the clink and will get the case expunged from his record if he stays out of trouble for six months.

Corbett was sent these questions through his publicist.

How have your experiences earlier this year changed you?

What do you think is the biggest opportunity in the Louisville restaurant scene right now? Why?

The biggest opportunity in Louisville right now is in the East End in my opinion. NULU is beyond capacity, Bardstown and Crescent Hill will always be hot, but their are truly many locations east of 64 that are heavily populated and underserved. I am convinced small bites are here to stay and from a financial standpoint is a great "entry level" into the business without dropping a huge dime. Right now the economy is vey very shaky still. Operators need to be very careful about expansion or startups unless they are heavily funded with a minimum of one year working capital in bank, in cash.

What's surprised you the most about the Louisville restaurant scene in 2012?

What has surprised me most about the restaurant scene of 2012 is the fact that it continues its aggressive growth pattern. I firmly believed that we would have had more doors closed. I feel this city is restaurant crazy. That being said, there are too many in certain areas of the city to divide among a select group in the population. I look for NULU to lose a couple over the next couple years. I know other areas of the country have been so hard hit such as the Florida restaurant scene which has been decimated. Other cities as well are really feeling the pinch, we are blessed with our support in this town.

The press release about the relaunch of the show mentioned that you'd be discussing "the evolution of the modern steakhouse." What do you see as the future of the steakhouse?

The evolution of the modern steakhouse.....I think that segment is the one grand scale dining venue which will never die. The segment of our population that live for that one great steak meal weekly, monthly or yearly seems to support every one which pops up.

The smartest operator in the city with this segment is Bill Heisle of Cattleman's Roadhouse, which is up to five locations. He really has pinpointed his target demographic and serves a terrific product at a reasonable price. His restaurants offer true value with a wonderful salad bar, takes people back to the old Steak and Ale days. I am not convinced that all the super high ends will survive in this economy...it has become very very tight.

2013 represents the most challenging year yet. My true hope is that we emerge finally from this fog financially and that confidence is restored to the spending habits of the dining public. It will never be like it was pre 2008. In my opinion, people have fundamentally changed the way they eat, and have cut the times they dine out by 25%. The four day a week diner is now three etc.

I look for more ethnic restaurants to emerge and continue to be excellent. There is such a diverse group of wonderful restaurantuers in Louisville. It truly is world-class dining right in our hometown.

2013 will also be the year we see a lot of pop-up specialty shops with minimal investments of non "perishable"...in other words safe, I would love to see a true "cheese centric" dining venue open up...that would be super cool. I think Southern cuisine is here to stay, and I believe we will continue to see out-of-town big names try out the Louisville market. We already have New York, Chicago, San Francisco and Philly represented. 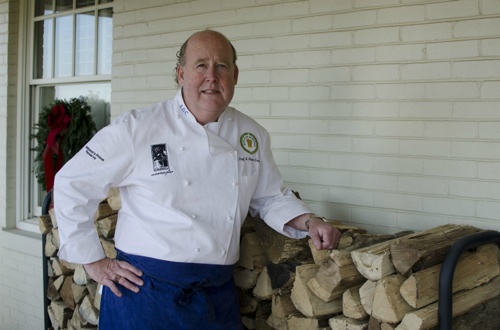 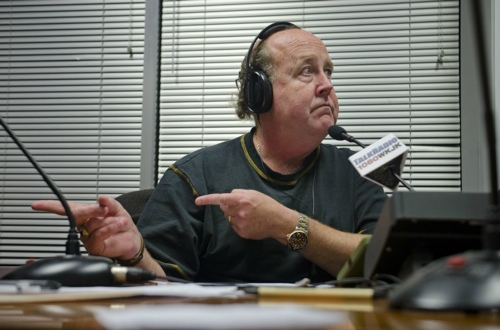