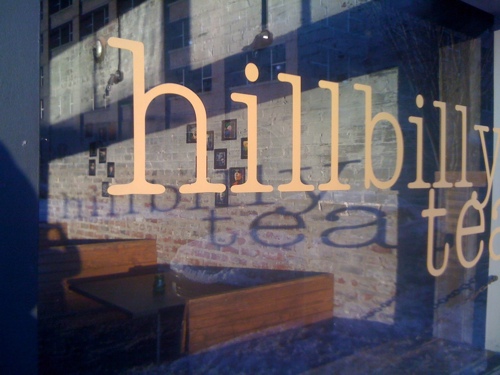 As reported in early December, originally Hillbilly Tea had hoped for a late December 2012 opening. At the time, Hillbilly Tea's management also said it planned to expand to Lexington and is considering spaces in Brooklyn and Harlem too.

Hillbilly Tea officially announces the opening of its second location.

The Shanghai location will be a scaled down version of its flagship location located in downtown Louisville, KY and what else?. "We want to start out small' says owner Karter Louis of the 30 seat "tea tavern" as referred in its Chinese name:?????? (hillbilly tea tavern) "We want to start out small" says owner Karter Louis, "we are beyond thrilled to expand our concept to China and we are excited to share our no nonsense approach to tea right where it all began - its like coming full circle." The idea came when Louis was in China working on another tea concept. "I happened to meet one of our biggest fans in Shanghai and he joked, 'You should open one here.' We laughed but then I started to think 'this could work' considering how much time I am in Asia working on various other projects."

The new venture is off to a great start. "We are booked solid for the first week, which is incredible" says General Manager Kyle Brown. "Louisville Mayor Greg Fischer will even be
attending the grand opening in Shanghai on March 30th. We are super excited about that!"

This expansion is the first step in a plan to open three more locations in near future.