Love Your Mountains, Bacon and Beer

Share All sharing options for: Love Your Mountains, Bacon and Beer

Louisville Loves Mountains
When: Today, 4-10 p.m.
Where: Longest Avenue at Bardstown Road Because of expected thunderstorms, it's been moved to the Green Building (732 E. Market Street)
What: Sponsored by Kentuckians for the Commonwealth and Heine Brothers, the fifth annual Louisville Loves Mountains Festival "celebrates Kentucky's mountain beauty and heritage." The free festival is open to all and will include local artists, musicians, food truck vendors and breweries. Also, there may be hippies. 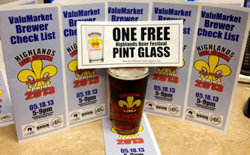 Highlands Beer Festival
When: Saturday, 5-9 p.m.
Where: Mid-City Mall
What: In conjunction with Bardstown Bound's Keep on Cluckin' event, ValuMarket is holding a Spring Beer Festival. The good folks at LouisvilleBeer.com have the list of participants (by Insider Louisville's count, about 60 breweries will be serving 213 types of beer. It's a $5 entry fee and $1 per 2-3oz tasting. $30 will get you unlimited tastings, in which case remember that CityScoot's phone number is 502-566-6384. 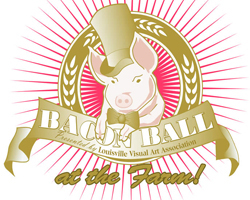 Bacon Ball
When: Saturday, 7-11 p.m.
Where: Oxmoor Farm
What: The annual "bacon-tastin', boot-shakin' and art making extravaganza," Bacon Ball is serving up bacon appetizers and dishes (from the likes of Decca, NABC Bank Street Brewery, Proof on Main, Hammerheads, Silver Dollar, Rye, Eidertown and Seafood Connection, bourbon cocktails by Four Roses, local beers by Bluegrass Brewing Company (BBC) and Cumberland Brewery. The chefs will be competing for the title of King of Bacon and, because you know, we live in a democracy, the 1,200 expected guests will vote on a People's Choice Award. Tickets are $40 per person or $70 per couple. Oink.