Dine with Dad, Smoke on the River, Drink with Damaris

Share All sharing options for: Dine with Dad, Smoke on the River, Drink with Damaris

Looking for something to do this weekend? Here are three choice dining and drinking events going on around the city: 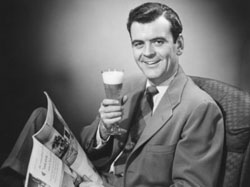 Father's Day Specials
When: Sunday
Where: Various
What: Proof on Main's beer, bacon and bourbon brunch will feature a special brew chef Levon Wallace collaborated on with Against the Grain. Varnese's brunch "is centered around a variety of locally grown ingredients" (is that a euphemism for people raised in Louisville?). Multitask by taking dad to brunch in house of gawd: Holy Grale's Father's Day beer brunch features the Grale's latest addition to the menu, marrow—and no kids under 21. Winston's at Sullivan University brunch includes the 18-ounce New York strip with eggs. Spend a little quality time on the road with dad and head to Woodford Reserve; its Father's Day lunch is a buffet that includes two signature Woodford Reserve cocktails. Don't linger though so you can make it back to Louisville in time for Harvest's second annual Father's Day fried chicken supper. 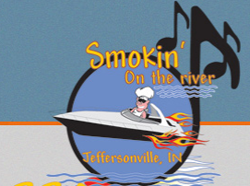 Food Network Star Viewing Party
When: Sunday, 8-11 p.m. (show airs at 9 p.m.)
Where: Molly Malone's Irish Pub & Restaurant (933 Baxter Ave.)
What: Watch Louisville's Damaris Phillips compete for her own show on Food Network Star. The viewing party will again be on the top deck at Molly Malone's. It seems likely these events will continue to draw bigger crowds after Phillips shimmied her way into the third episode. Who doesn't like a shimmy? There'll be viewing parties for as long as Phillips is on the show.