If you buy something from an Eater link, Vox Media may earn a commission. See our ethics policy.

The table appears at the end of this article. The table in .rtf format is here. Feel free to download it to play with the order, try out a little statistical analysis or just print it and smoke it.

Some scholarly notes:
·Rosen's scale is 1-4 stars for the Louisville Courier-Journal; Metromix is 1-5 stars. But rather than adjust the scale or compute an equivalent score, Metromix just tags an empty blank star to the end of Rosen's rating when posting his C-J review. Because that's fair.
·The C-J's firewall and inability to consistently include Rosen's scores in the online versions of his reviews necessitated using the list of 2011 scores.
·While Garr's scale is 1-100, you'd have to serve him a heaping pile of cow pies to get below a 75.

(Thanks to intern Casey for compiling the table.) 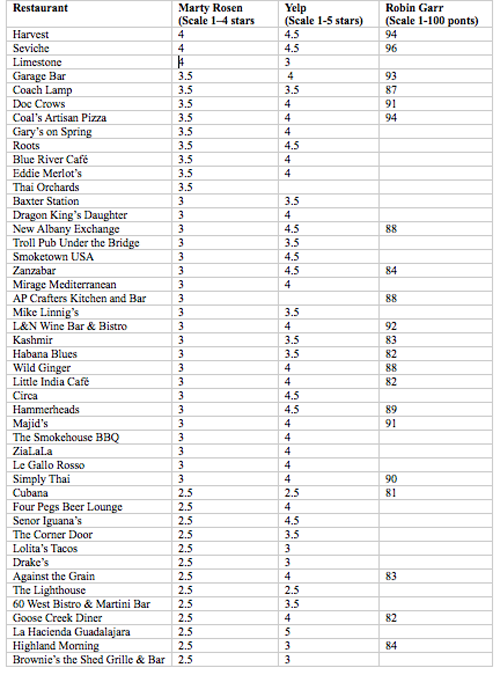