Dine with the Original Makers Club, Get Cluster Trucked, Rally in the Midnight Hour at Decca

Share All sharing options for: Dine with the Original Makers Club, Get Cluster Trucked, Rally in the Midnight Hour at Decca 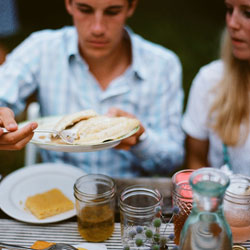 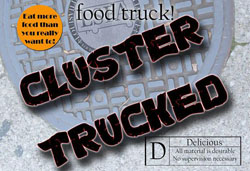 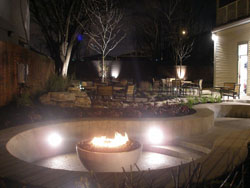 Midnight Hour Scooter Rally #2
When: Tonight, 10 p.m.-1 a.m.
Where: Decca (812. E Market St.)
What: The Midnight Hour Scooter Rally #2 is parking its rolling party at Decca's tree-lined patio (an Eater readers' favorite) Friday night. The rally, which takes its name from Wilson Pickett's famous hit song, honors the soul music legend who's buried in Louisville's Evergreen Cemetery (on Preston Highway). The Ladybirds will give a free concert starting at 10:30 p.m. Chef Annie Pettry's kitchen will be open until 11 p.m., and the bar will be serving until 1 a.m.

Food Network Star Viewing Party
When: Sunday, 8-11 p.m. (show airs at 9 p.m.)
Where: Molly Malone's Irish Pub & Restaurant (933 Baxter Ave.)
What: Watch Louisville's Damaris Phillips compete for her own show on Food Network Star. The viewing party is back at the top deck at Molly Malone's. While last week the judges thought her grits could use a bit more salt, the Jefferson Community and Technical College culinary arts instructor has been bringing plenty of spice to the show. There'll be viewing parties for as long as Phillips is on the show.