Pair Blues with BBQ, Enjoy Sullivan at the Seashore, Stroll in a Giant Colon, Party with Damaris

Share All sharing options for: Pair Blues with BBQ, Enjoy Sullivan at the Seashore, Stroll in a Giant Colon, Party with Damaris 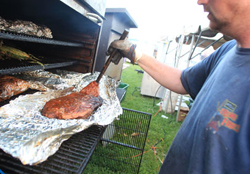 Sullivan by the Seashore
When: Saturday, 3 and 5 p.m.
Where: Winston's (3101 Bardstown Road)
What: Winston's, the restaurant at Sullivan University, is hosting a Sullivan by the Seashore on Saturday. Relax, the shore in question is the Atlantic, not the Ohio River. Seatings for the traditional New England clam bake and lobster boil are at 3 p.m. and 5 p.m. $48 adults, $15 for kids. Reservations at 502-456-0980. 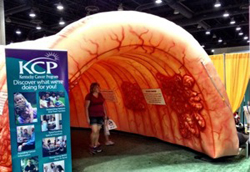 Food Network Star Viewing Party
When: Sunday, 8-11 p.m. (show airs at 9 p.m.)
Where: Molly Malone's Irish Pub & Restaurant (933 Baxter Ave.)
What: Watch Louisville's Damaris Phillips compete for her own show on Food Network Star. The viewing party is back at the top deck at Molly Malone's. The Jefferson Community and Technical College culinary arts instructor is in the top five. There'll be viewing parties for as long as Phillips is on the show.