Wear the Gold Hat, if that Will Move Her at the Oakroom; Taste Southern Italy at the Wine Studio; Drink With Damaris Phillips

Share All sharing options for: Wear the Gold Hat, if that Will Move Her at the Oakroom; Taste Southern Italy at the Wine Studio; Drink With Damaris Phillips

Great Gatsby Dinner and a Movie
When: Friday, 6 p.m.
Where: The Oakroom (500 S. Fourth St.)
What: Having sold out its first Gatsby dinner last month, the Oakroom is again celebrating The Great Gatsby, by screening the 1974 version of the film. (Yes, Eater Louisville is commemorating the occasion by running the same description as last time). F. Scott Fitzgerald, of course, used the Seelbach, home of the Oakroom, as his inspiration for Tom and Daisy's wedding scene in the novel. The hotel also once banned Fitzgerald for getting too shitfaced. So in that spirit, the evening kicks off with a 1920s-themed cocktail reception with passed hors d'oeuvres. Then the movie will be shown and paired with a five-course dinner. Each guest will receive a copy of the book, which was purchased at Carmichael's (because, you know, local). $99 a person, reservations at 502-585-9292. 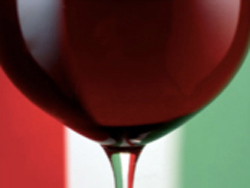 Food Network Star Viewing Party
When: Sunday, 8-11 p.m. (show airs at 9 p.m.)
Where: Molly Malone's Irish Pub & Restaurant (933 Baxter Ave.)
What: Watch Louisville's Damaris Phillips compete for her own show on Food Network Star. The viewing party is back at the top deck at Molly Malone's. The Jefferson Community and Technical College culinary arts instructor is still in the top five. Yes, that's where she was last week too—Sunday's episode brought back a contestant who'd been booted off previously in the season only to throw her off again. There'll be viewing parties for as long as Phillips is on the show.