Looking for something to do this weekend? Here are three choice dining and drinking events going on around the city:

Food Network Star Viewing Party
When: Sunday, 8-11 p.m. (show airs at 9 p.m.)
Where: Molly Malone's Irish Pub & Restaurant (933 Baxter Ave.)
What: Watch Louisville's Damaris Phillips compete for her own show on Food Network Star. The viewing party is back at the top deck at Molly Malone's. The Jefferson Community and Technical College culinary arts instructor is still in the top four. If she makes it through this week's episode, she'll be in the final. There'll be a viewing party for that episode too. 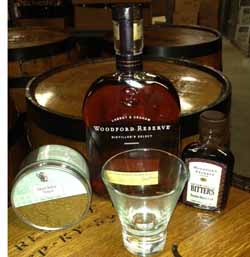 The Art of the Culinary Cocktail in Summer
When: Saturday, 1-3 p.m.
Where: The Woodford Reserve Distillery (7855 McCracken Pike, Versailles)
What: This class will introduce guests to the art of making culinary cocktails. Woodford Reserve's mixologist will lead participants through a seasonal cocktail flavor wheel, designed to introduce flavors that go best with this bourbon. The focus of the class will be classic Kentucky flavors, including peaches, honey, sorghum, savories, and herbs. $50 per person, reservations at 859-879.1953.