Of the four seasons, fall is the best time to be a Louisvillian. If you don't count spring. Here's a guide to everything you need to know about Louisville's big fall openings this year. 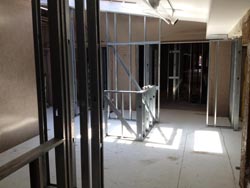 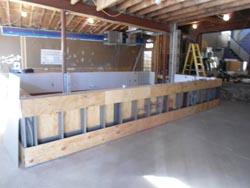 Highlands: El Camino
Address: 1314 Bardstown Road
Major players: Chef Jonathan Schwartz (formerly of Silver Dollar), owners Shawn Cantley and Larry Rice (still of Silver Dollar), general manager Colin Shearn (most recently St. Charles Exchange's bar manager), beverage director Susie Hoyt (who'll continue in that role at Silver Dollar)
The situation: Um, so like, holy shit, El Camino is actually close to opening in Avalon's old space. Avalon shuttered in July 2012, meaning one of Bardstown Road's best outdoor spaces has been out of bounds for more than a year, a crime for which no one has yet been prosecuted. "As for construction, we're pretty close to being done," said owner Shawn Cantley via email. "We're putting finishes on now and waiting for the millwork (booths, banquettes, bar tops) to come in. We should have that stuff by the end of this week." Schwartz just returned from 10 days in San Francisco, "where he staged with the Nopalito guys," Cantley said. "They are unbelievable, and Jonathan learned a ton from them about things he already knew a lot about. We're going to be making our own masa fresh from scratch and doing all hand-made tortillas, for example, and they helped him get comfortable with how we can execute that with the type of volume we're likely to do."
Projected opening: End of September
[All coverage of El Camino] 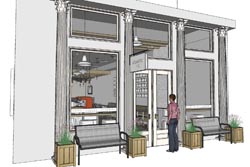 Downtown: Atlantic No. 5
Address: 605 W. Main St.
Major players: Chef Tyler Morris (also executive chef at Rye on Market), owners LEVO Capital (owned by Weston Marcum) and MTK Productions (owner of Rye on Market and headed by Michael Trager-Kusman)
The situation: "We will have full coffee and espresso service, featuring Sunergos Coffee," said Erin MacDonald. Atlantic No. 5 has not yet named a GM, but MacDonald and Thor Morgan, both of Rye, will fill the role to start. "We will feature five sandwiches and five salads, along with breakfast items, pastries, and rotisserie goods, among other things," MacDonald said. "Although the morning-early evening service will be our main focus, on Friday and Saturday evenings, we plan on being open late. Doug Petry, the bar manager at Rye, is currently working on a bar program for A5 (available daytime and Friday/Saturday evenings). This will include beers and wines on tap, wine by the glass and bottle, and some house-bottled cocktails."
Projected opening: Early October
[All coverage of Atlantic No. 5] 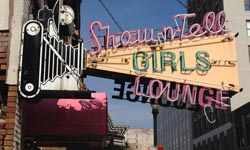 Downtown: Meta
Address: 425 W. Chestnut St.
Major players: Co-owners Jeremy Johnson (formerly of Meat, Blind Pig and Proof on Main) and Hannah Kandle (Basa and Relish)
The situation: Johnson and Kandle are opening a cocktail bar focusing on "classics with a playful, inclusive and contemporary twist," in the former Show-n-Tell strip club. Earlier, Johnson described the cocktail menu as "rooted in classics but with a lot of modern twists." He said the cocktail list will be smaller than Meat's, about 15 drinks. As for progress, this weekend they "Just picked out some fabulous furniture for the bar with SO much help from our friends at Scout on Market."
Projected opening: Early October
[All coverage of Meta]
·C-J's Rosen Gives Ditto's 3.5 Stars, Up a Half-Star from 2008, But Down a Half-Star from 2004 [~ELOU~]
·What Are Louisville's Most Overrated Restaurants? [~ELOU~]