9 Questions with Brent Mills on His Louisville Pop-Up Restaurant

Share All sharing options for: 9 Questions with Brent Mills on His Louisville Pop-Up Restaurant

Before leaving Louisville to work at New York's Momofuku Ko in July, Brent Mills, a former Asiatique and Hillbilly Tea line cook, hosted a pop-up restaurant called My American South: the 10-course meal was served to 14 guests at a friend's farm in Milltown, Ind. The native Australian wanted to say good-bye to the South in a manner that allowed him to showcase some of the recipes he developed in the region (the menu appears at the end of this article). In this interview, Mills explains how the dinner came about, what lessons he learned and how his guests reacted to the rare Louisville pop-up restaurant.

Describe what the event was like and how it came about.

We had our house on the market and were kind of waiting to see what would happen with that. I'd always wanted to do it in Louisville. I had a bunch of ideas that kind of spurred from Louisville and living in the area for like five years. I'd been for around for two years cooking in Louisville. I guess when you start off, early [on] you don't really get to try out your own recipes, like a line cook. So I had all these ideas and just figured I may as well go out and do it myself. I've seen it in other cities and stuff, people doing pop-up restaurants and having venues for that sort of thing. So I figured I'd try it out in Louisville. I had originally contacted a few venues in Louisville to try to do it, but I didn't really get a great response. I figured I'd kind of do it at my friend's farm. so we ended up picking a place out in Milltown [Ind.] where my friends had moved out to and just went from there.

It ended up being a ten-course menu with five drink pairings. A lot of the drink pairings came from things I'd worked on . I had brewed a sorghum beer. And I had made a bunch of bourbon that I had aged in like five gallon barrels so I had a bunch of bourbon that was aged in the small barrel, so I came up with cocktails using that. Then the menu ideas all kind of came out just from living in Louisville and just traveling and visiting various restaurants and getting experience in Louisville, just trying out different techniques, just kind of things that I had always wanted to do, but hadn't ever really had the chance to do. Just being a line cook at Asiatique and Hillbilly Tea in Louisville, that's how it all came about.

The experience went real well. There was a lot of work because I pretty much did it all myself. I did all the prep, ordered all the supplies that we needed, we rented equipment and had to rent 140 plates because it ended up being 14 people having 10 courses. So we did all that. That was definitely an experience for me, being just a line cook, kind of got to see everything else that goes into it: doing actual service, not just cooking and prepping and that sort of thing. So that was interesting. I got a really good response from the people that came out, and it all went pretty smooth. I had a friend that didn't really have any cooking experience kind of help me plate and another friend bartended and my wife kind of took control of front of house. So it kind of ended up being a four-person operation for the day. It was 14 guests. I approached the people afterwards, trying to get a bit of feedback, to see how the food had been and that sort of thing. We got a really good response in terms of food and service. It's definitely something I would probably do again. 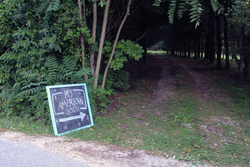 The people who gave you the feedback and attended, were these people who've had a similar dining experience in the past, or do you think they were mostly people for whom this was their first pop-up restaurant?

Two of the couples were originally from out of town and they had had a previous experience. So I originally thought it was going to be a hard sell, trying to get people to come out for something like this in Louisville because it seems like it's a newish kind of thing. I don't how much it has been done before here. I hadn't really seen it here, I think. One of the couples had lived in Ann Arbor, Michigan the other couple had lived in Sacramento and they had kind of been comparing it to experiences that they had there. And they're the people I had got the most feedback from. There was another couple that had come from Louisville, when they showed up, they were like "this is a bit weird, showing up at someone's house." I don't know what they expected. By the end, they were like, this is interesting and fun. The other people had been to one held in places like a wine store or like a bakery, but hadn't been to one that was at a natural residence and like a farm. There were people who had been before and people who hadn't.

What would you do differently? And what advice would you give to other people who do pop-up restaurants? Because I think you're right; I haven't seen many of these at all in this area.

One piece of advice that I got from one of the diners that had been to other ones was to introduce the dishes and that sort of thing, saying what techniques were involved. And I wish I had been able to do that, But under the circumstances, with me being the only person that had worked in a kitchen before, I would have had to get away from the food. Just being a first timer, I didn't really think about that ahead of time. Now I get that, being a nontraditional restaurant, people coming probably want to learn a bit more about the food than just going to a normal restaurant. You can get that kind of experience if you go to normal restaurant, so you have to do something a bit different.

What was it like getting a chance to test out these recipes and getting your own recipes out there for diners?

To me, it was awesome because you don't really get a chance to do that when you're a line cook. That's kind of the reason I got into cooking originally. Just trying everything at various places, that's what attracted me to that profession was just seeing what you can do with food. So this was kind of the reason I got into it and it was just fun being able to get people's reaction to stuff that I'd come up with myself.

What inspired the menu?

The theme was just my experience in the American South, and it may not be like everyone else's experience. I've lived in Louisville for five years, I've lived in Nashville, North Carolina and Charleston. So it was just a conglomeration of all of that. Taking parts of a dish that I really liked at restaurants that I've worked at and done my own spin on them. I try to make food that I want to eat and that kind of gets transferred into what I cook that day. And just, kind of, I use techniques that I was interested in learning about.

What are some of those techniques?

I had never used meat glue before, so I wanted to use that. I made my spin on a Big Mac, but it was a pulled pork patty instead of regular meat and it was the first bite that people got. It was a sesame cracker that I made and we put the tiny pulled pork patty and some dried cheddar cheese that I used with a dehydrated that I bought for like $30 and I just made this spicy special sauce, a pickled red onion and a tiny bit of lettuce. I was just kind of playing with that.

I did a lot of pickled things and a lot of dehydrated things. I made a bunch of different pickles. I just tried to use everything available, like for example, I made chicken confit and with the skin and I scraped off the fat and fried the chickens skin. Making ice cream, I hadn't really had much of a chance to do that. Making my own catfish sausage, making jerky. I made some bison jerky and put that on a pasta. Also making pasta. Things I want to try out.

Now was there any Australian influence at all on any of the dishes served there?

I had a crumpet on the menu, that's Aussie inspired. I think that everything I make is still, like in a way, influenced by where I'm from. I really enjoy eating seafood. I guess that's why I wanted to use catfish a lot, because I've grown to really enjoy that. Most of it is inspired by living in the South, but I'm only cooking food that I like, so it's definitely inspired by where I grew up.

You were in charge. How does it feel going back from a meal like that to being a line cook again? Is that sort of frustrating? Does it encourage you to hurry up and kind of look for maybe a head chef position?

Now I know what to learn. It was nice for that one time to be able to do it, but it was a smaller scale and I know that I can do that now, and it was a lot of hard work. I was up probably at 8:00 every day until like midnight every night for at least five days before so, and in between I was moving, that was crazy. I had to move kitchens like three days before. But I know I have so much to learn. I'm starting at Momofuku Ko on Monday and those guys are many, many levels above, so I'm really excited.

How did that come about?

I went up there last month just to do a stage there. I followed that restaurant for a long time. I got to eat at the one in Sydney and I just really like what they're doing. It's fine dining, but the atmosphere is casual and I really like that. And the intimacy of being a tiny place. The plates that they are putting out there kind of blew my mind the first time I ate there. So, it's kind of a place I followed since I ate there and I read about it. I figured I would go up there and see what happens. Was there for a day. I got to work at all four of them- the noodle bar, the ssam bar, and their new one which is called Ma Peche. I kind of kept in contact when I got back and I'd always wanted to live in New York at one point and I was planning to move back to Australia and it kind of worked out that I was able to get a job there for a few months.

Anything else I should be asking about this? Is there something at all you want to share?

No not really. I know it would be interesting to see if other things like this happen in Louisville. I actually went to a place today in Charleston called Butcher and the Bee. They do lunch every day, but it's only open for dinner once a week for pop-up restaurants. It would be interesting to see if things like that happen in Louisville.
·All Eater Interviews [~ELOU~] 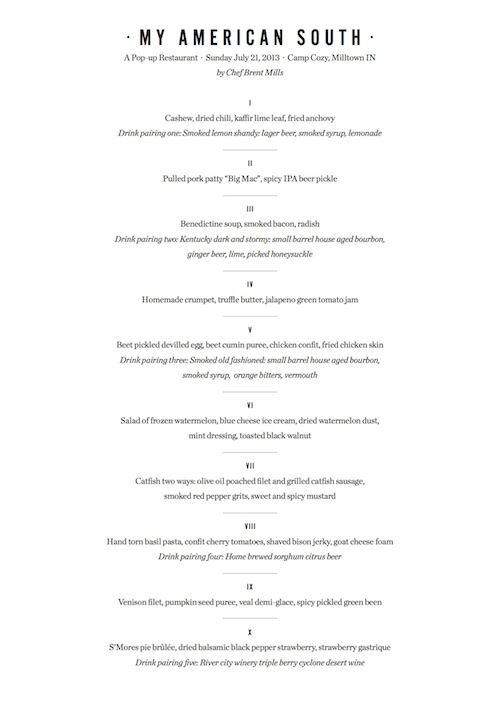