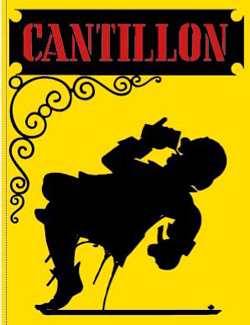 Zwanze Day
When: Saturday, 11 a.m. (toast at 3 p.m.)
Where: Holy Grale (1034 Bardstown Road)
What: Holy Grale is one of 46 beer bars worldwide participating in one of the "preeminent international toasts"—Zwanze Day, in honor of the Brussels's Cantillion brewery, which has been making lambics for more than 100 years. The Cantillon Zwanze 2013 (Cureghem Abbey Ale), however, is not a Lambic but rather a Brett Abbey Ale. Executive chef Josh Lehman has prepared a special menu for the event, including Kentucky spoonfish caviar, duck poutine and rabbit meatballs. Tickets are $15 per person (includes commemorative glass and pour), cash only.

Louisville Craft Beer Week
When: Friday, Sept. 13 through Sat., Sept. 21
Where: Various locations
What: Because who cares how many days are in a week when drinking is involved, " Louisville Craft Beer Week is a "nine-day, citywide celebration of local and regional craft beer." More than 70 events are planned "to promote our area's thriving craft beer culture while enhancing beer knowledge and appreciation." 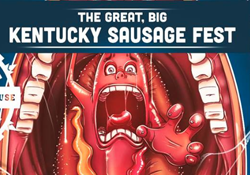 Hot Dog Johns Deli & The Great Big Kentucky Sausage Fest Release Party
When: Sunday, 6-9 p.m.
Where: Against the Grain (401 E. Main St.)
What: John Jensen of Copenhagen's John's Hotdog Deli is "stuffing his sausage" at The Great Big Kentucky Sausage Fest! release party, the tapping of an India Brown Ale Against the Grain collaborated on with Amager Bryghus in Kastrup, Denmark. It's all part of Louisville Craft Beer Week too. Jensen will be unveiling a special sausage for the event too. Insert phallic joke __________________.