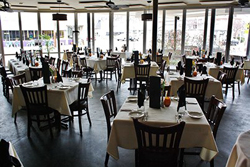 Restaurateurs are reacting negatively to the idea of a proposed restaurant tax for all Kentucky cities. John Varanese of Varanese told WDRB.com all businesses, not just restaurants should feel the pinch, saying "if you are going to do it ... you need to tax it all." The Kentucky League of Cities is seeking "to expand the restaurant tax to include all cities, not just fourth and fifth class cities." Stacy Roof, President/CEO of the Kentucky Restaurant Association, believes that if the tax passes, "obviously local restaurant owners are going to pass that cost on to their consumers." [WDRB.com]
[Photo: Courtesy Facebook/Varanese]