After partnerships with area restaurants and food trucks, Meta is now "rolling food out slowly" on their own, says owner Jeremy Johnson. Johnson told Eater he and co-owner Hanna Kandle are still emphasizing a "bar first philosophy" as they create and introduce an "all small plates" menu, with food serving as "sustenance, not meals." Johnson says he, Kandle and bar manager Amy Fisher are currently producing food in a local commercial kitchen as Meta finishes building out their own kitchen. According to Johnson, all Meta's food "should be all made in house within 2 weeks." Once the kitchen is finished, Johnson promises dishes such as Champagne-pickled strawberries, Mezcal-poached shrimp with Green Goddess dressing and ice cream with IPA syrup and sesame brittle will appear as part of a "booze heavy" menu. Currently Meta has meats, cheeses, popcorn, "drunk" pickles and more on a menu Eater recently obtained, which can be seen after the jump. 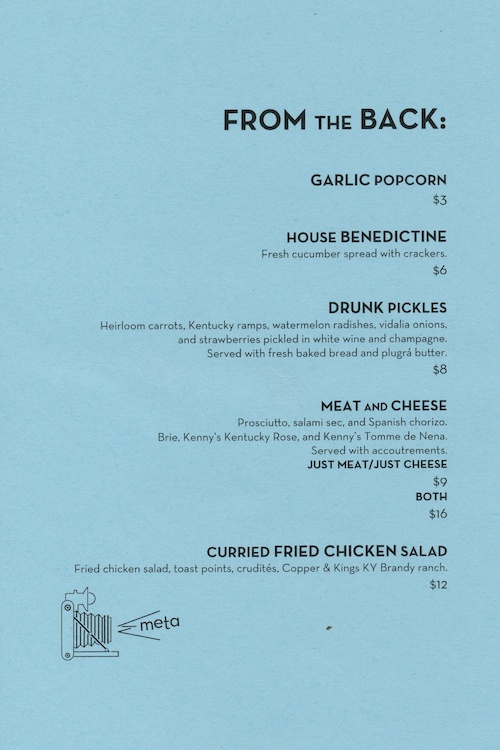