Eater Louisville Has Left The Building

Share All sharing options for: Eater Louisville Has Left The Building 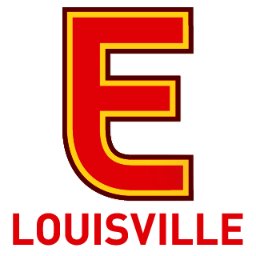 Eater launched in 2005 as a "one-stop shop for information and commentary on the New York food and drink scene" covering "openings and closings and reviews, as well as what's buzzing on the food blogs, chef gossip, neighborhood news, and city-wide food trends." By 2012, the Eater mission held strong, and the site crossed borders and expanded to dozens more cities, including Louisville. Since its purchase along with sister sites Racked and Curbed by Vox Media, Eater has been further refining its format, and is ready for a momentous change on Monday, September 22. The new Eater will still obsess over the lives of restaurants and chefs. It will be more beautiful, functional, and informative, with new powers and a new spirit of discovery to align with its ambitions to change the world of food journalism. But it will not include Louisville. Unfortunately, the reformed Eater will fold Louisville's restaurant and nightlife coverage into the national site.

I have greatly enjoyed my time as editor of Eater Louisville, though I regret not being able to enjoy Vox Media's snazzy new editing platform. I delighted in covering Bryan Enyart's arrival at El Camino, introducing Louisville to Meta and The Joy Luck, and getting to know many of the other interesting chefs and entrepreneurs around our city. No Next Food Network Stars™ or super-juicy restaurant implosions happened on my editorship. However, we did struggle through the Polar Vortex along with everyone else (how are those pipes doing, Loop 22?), not to mention an excellent NCAA basketball season and a lovely Kentucky Derby. I poked fun at local restaurant reviews, because someone had to do it. And I tried to find interesting bits of info from around the eating world, and bring them to Louisville's attention.

During our existence as an independent site, Eater Louisville was happy to introduce the city to new restaurants, and overjoyed to chronicle and keep up with exceptional places such as The Mayan Café, Lilly's, Seviche, Rye, Decca, 610 Magnolia, Basa and Blue Dog Bakery. Eater plans on staying current with what's happening with restaurants in Louisville. The city still has many stars and stories the world will want to know about. After all, we have yet to see if Edward Lee will successfully milk a pig, discover where Fernando Martinez will open his next restaurant, see what will happen when Feast BBQ arrives in NuLu and learn if Lynn Winter will ever reopen the Paradise Café. Louisville places such as Hammerheads, Holy Grale, Gralehaus, Eiderdown and Hillbilly Tea should still garner Eater's attention, as should the development of Portland as possibly Louisville's next NuLu. The city's restaurant culture is strong, and getting stronger, and chefs such as Levon Wallace, Joe Banet and Andy Myers may once again mean Eater will open a Louisville-specific site. But for now, visit Eater.com for all coverage of the city. Goodbye, and hopefully we'll see you out somewhere drinking or dining in Louisville.
—Steve Hacker